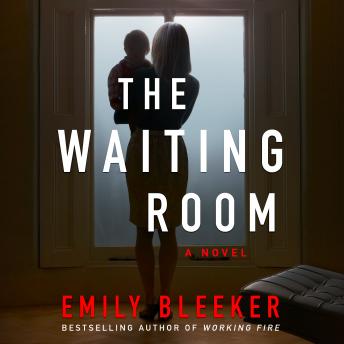 From the bestselling author of When I’m Gone and Working Fire comes a gripping novel about a mother, her missing daughter, and the dark secrets that engulf them.
Ever since her husband’s death collided with the birth of her daughter, postpartum depression has taken hold of Veronica Shelton. She can’t sleep, can’t work, and can’t bear to touch her beautiful baby girl. Her emotional state is whispering lies in Veronica’s ear: You’re a bad mother. Your baby would be better off without you. But not everything can be reasoned away by Veronica’s despair. Can it?
After all, the break-in at her house happened. The disturbing sketches she found in her studio are real. So is the fear for her daughter’s safety—especially when Veronica comes home to a cold, silent nursery and a missing baby.
As she turns from victim into primary suspect, Veronica realizes that only she can find her daughter. Authorities aren’t helping. They’re only watching. Veronica’s concerned mother has suddenly vanished from her life. And a new friend seems to be keeping secrets from her too. Now, reality is waiting for Veronica in a dark place—because someone’s mind games have only just begun.