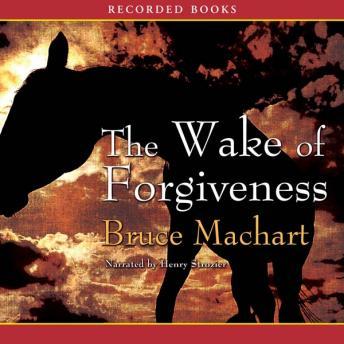 The Wake of Forgiveness

This accomplished debut novel from Bruce Machart has drawn critical raves. In 1895 Texas, Karel Skala enters the world while his mother dies in childbirth. Fifteen years later, guilt-stricken Karel puts his family's fortunes on the line in a horse race against a powerful Spanish patriarch. 'Machart's moving story unfolds lyrically and sensually, with little fanfare, as his thoughtful prose propels a character-driven story about family, morality, and redemption.'-Publishers Weekly