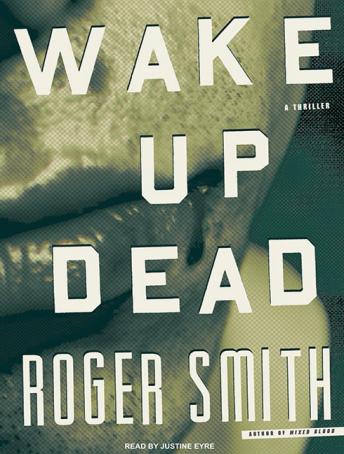 Wake Up Dead: A Thriller

A split-second decision with no second chance: get it wrong and you wake up dead.

On a blowtorch-hot night in Cape Town, American ex-model Roxy Palmer and her gunrunner husband, Joe, are carjacked, leaving Joe lying in a pool of blood. As the carjackers make their getaway, Roxy makes a fateful choice that changes her life forever.

Disco and Godwynn, the ghetto gangbangers who sped away in Joe's convertible, will stop at nothing to track her down. Billy Afrika, a mixed-race ex-cop turned mercenary, won't let her out of his sight because Joe owed him a chunk of money. And remorselessly hunting them all is Piper, a love-crazed psychopath determined to renew his vows with his jailhouse 'wife,' Disco.

As these desperate lives collide and old debts are settled in blood, Roxy is caught in a wave of escalating violence in the beautiful and brutal African seaport. With savage plotting and breakneck suspense that ends in a shattering cataclysm of violence, Wake Up Dead confirms Roger Smith as one of the world's best new thriller writers.