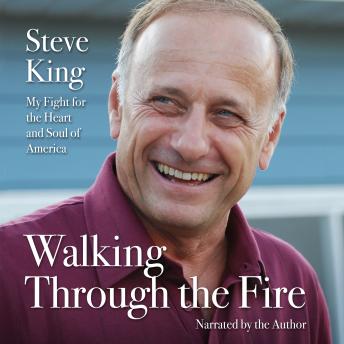 Walking Through the Fire: My Fight for the Heart and Soul of America

Just two weeks after winning reelection to his ninth term in Congress, Steve King was stunned to learn the “Swamp” was poised to unleash a treacherous media blitzkrieg designed to kill his Congressional political career on the spot. The words “They believe they can force you to resign” still ring in his ears today. He knew Democrats and the media would pile on. Unfortunately, the threat was from within his party, and it was far more dangerous. The Republican establishment, RINOs, elitists, globalists, and NeverTrumpers needed him out of the way. This is the full story.

This title is due for release on April 4, 2022
We'll send you an email as soon as it is available!