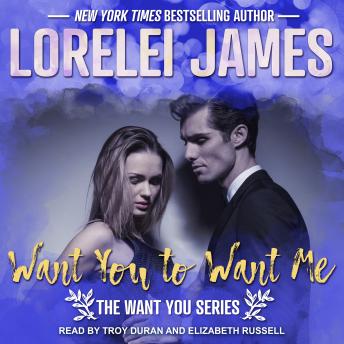 Want You to Want Me

Hockey player Gabriella 'Gabi' Welk spent her life in pursuit of championships, but she has little to show for it besides dusty trophies and second-place medals. Now her career consists of several part-time jobs to make ends meet. When Gabi gets a chance at her dream job, she swallows her pride and asks her nemesis-smart, sexy and savvy Nolan Lund-for help.

Since being named future CEO of Lund Industries, Nolan has tried hard to overcome his reputation as a fun-loving playboy and ladies' man. For the first time ever, he's more focused on the company than his personal life. He spends his free time at the ice rink his brother owns, cheering on his niece at her hockey games . . . and watching Gabriella Welk, the superstar athlete and assistant coach who gets under his skin in a way he can't ignore. He's shocked when Gabi agrees to trade a favor for a favor.

They have little in common besides their mutual mistrust, but between family crises and sibling rivalries, Nolan and Gabi realize they want to be more than just friends-much more.