The War for All the Oceans: From Nelson at the Nile to Napoleon at Waterloo 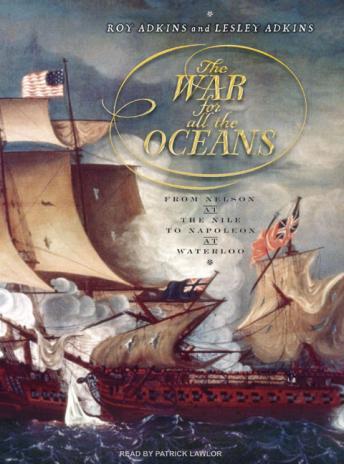 Roy Adkins, with his wife, Lesley, returns to the Napoleonic War in The War for All the Oceans, a gripping account of the naval struggle that lasted from 1798 to 1815, a period marked at the beginning by Napoleon's seizing power and at the end by the War of 1812. In this vivid and visceral account, Adkins draws on eyewitness records to portray not only the battles but also the details of a sailor's life-shipwrecks, press-gangs, prostitutes, spies, and prisoners of war.

The War for All the Oceans is epic narrative history sure to appeal to fans of Patrick O'Brian and C. S. Forester, as well as all readers of military and social history.

War for All the Oceans: From Nelson at the Nile to Napoleon at Waterloo