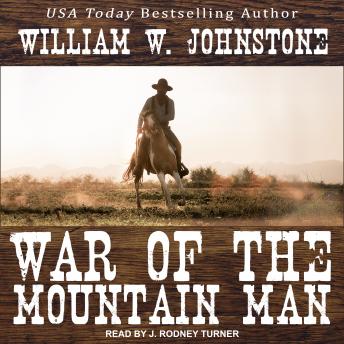 War of the Mountain Man

Big Max Higgins ran the outlaw town of Hell's Creek up in the north Montana Rockies . . . and he decided to include the nearby town of Barlow in his cutthroat operation. What he didn't know was that Smoke Jensen was there with his wife, visiting relatives.

It didn't take Smoke long to rout out the lot of them with angry fists and blazing guns . . . but Smoke didn't count on Big Max doing something as daring, desperate, and stupid as kidnapping his wife-and demanding the town of Barlow itself as ransom.

Soon Big Max Higgins would look up and see the last mountain man riding down the middle of the street with reins in his teeth and both hands filled with .44s. Big Max had always wanted to make a name for himself, and he was going to get it, too-carved on his gravestone.

War of the Mountain Man