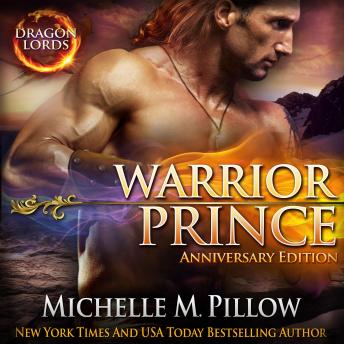 The Warrior...
Though no man could thwart the brave dragon shifter leader, a woman might be his undoing...
Dragon-shifting Prince Zoran is a man who knows what he wants. Being a prince and the captain of the Draig Guard, he has to make swift decisions, be ready to battle at a moment's notice, and most of all, he always has to be in control. When his bride, the one person who should obey him refuses to, he discovers the battle for his heart's desire is fiercer than any this alpha male has ever waged before.
Will the conqueror become the conquered?

The Survivor...
Though no one could ever command her, this warrior would try to conquer her heart...
Physically scarred in childhood from an act of betrayal, Pia has never considered herself an attractive woman. Desperate to hide her identity, she makes a deal with Galaxy Brides-in exchange for a new face, she'll marry anyone they put in front of her. Never did she imagine her future husband would be the most handsome/frustrating warrior of the dragon shifter military.
Will the dragon prince be able to conquer the barriers she has around her heart?

What readers are saying...5 Stars! 'Love this book. Very funny can't get enough of this book.'
5 Stars! 'I loved this series'

This title is due for release on December 10, 2014
We'll send you an email as soon as it is available!