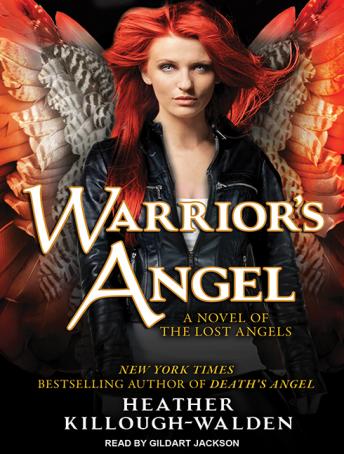 Michael Salvatore is a seasoned detective with the NYPD. The six-foot-two hardbody with piercing blue eyes is smart, fast, and never fails to get his guy. But Detective Salvatore is also Michael-the Warrior Archangel, and the last of the Four Favored who came to Earth two thousand years ago to find the women, the archesses, who had been lost to them.

Rhiannon Dante is a woman who has fought the world's villains her entire life. A beautiful orphan with a checkered past, a hot head, and a large dose of supernatural power, she spends her days rescuing innocents and her nights preparing for her next dangerous, covert job. One day she slips up-and Detective Michael Salvatore comes knocking on her door, turning her world completely upside down. The two fated lost angels face one another in a battle of wills and undeniable desire that will either bring them together forever or destroy them once and for all.