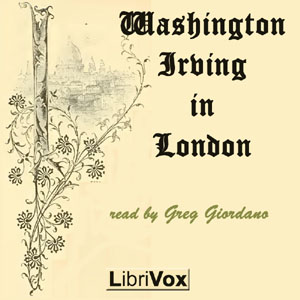 Washington Irving's name is synonymous with such classics as "Rip Van Winkle" and "The Legend of Sleepy Hollow." He established himself as one of early America's most treasured writers. His wit and satirical voice are the hallmark of his writing. Irving had the extraordinary ability to paint a picture in words on the canvas of the printed page. Although an American, he spent a good deal of time traveling in England and memorializing his experiences in some of the essays chosen for this collection. With an emphasis on his time spent in London, the works include his observations on such diverse subjects as Westminster Abbey, British antiques and how one spends a Sunday in London. This collection brings to life the London of a bygone era as seen through the eyes of a keen writer and observer of life. - Summary by Greg Giordano