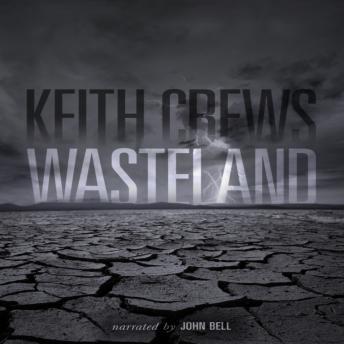 Angelo Marchetti is dead. However, death is not the end for the mafia hitman, but rather a doorway into a harsh frontier otherwise known as the Wasteland. Armed with just his Elitario training and signature tools of the killing trade known as Thunder and Lightning, he must confront the forces of darkness in order to survive. Lost upon the flat tundra of a frozen wilderness, he traverses the barren plateau until he finds a small ghost-like-town named "Boondocks." There, the Hitman avails a saloon for shelter and seeks out the barkeep so that he might come to learn how to get back to the living-world. However, the price of earning that knowledge along with its salvation might just condemn his soul for all eternity in the process. Three enchanted drinks will come to find the Hitman's lips in exchange for three answers to three of his questions. The ancient ritual offers a reward to the bearer of the dark nectars: safe passage beyond the frozen pass. And so the Hitman undertakes the drinking ceremony with a degree of trepidation, but nonetheless with an understanding that the prize is well worth the fare. Fall back through the years as each mystical spell is consumed and discover how an innocent boy matures into a cold blooded killer for the mob. The journey through time is replete with peril and an ever growing awareness that this Death Merchant is different than all those who have come before him, and perhaps is special in a way that has yet to be truly realized.