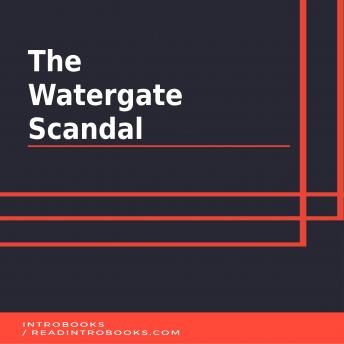 The particular Watergate Scandal had begun during the morning of 17th June, 1972. This was the time when various burglars had been arrested in the respective office of the DNC (Democratic National Committee) that had been located at the Watergate Complex of the series building situated in Washington D.C. This scandal was considered to be no normal burglary. All of the prowlers had been connected to the re-election campaign of the President Richard Nixon. These burglars had been arrested stealing documents and wiretapping phones. The President Nixon had taken aggressive steps towards covering up the crime after the same happened. During the time of August in 1974, after the role of Nixon in the given conspiracy had been revealed, the President Nixon had resigned. The particular Watergate Scandal had changed the overall American politics drastically forever, which had led to several Americans towards questioning the potential leaders and think in a more critical manner about the given presidency.