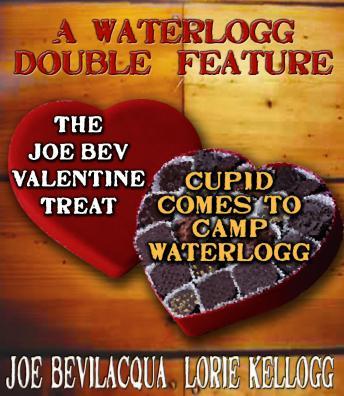 ONE: ""The Joe Bev Valentine Treat""

This is a charming hour of stories (real and fictional) about love--hosted by veteran public radio producer Joe Bevilacqua.
The hour includes:

1. ""Who's Afraid of a Virginian's Wrath?"" - a parody of the Edward Albee play, as played by George and Martha Washington.
2. ""A Valentine From Graham Nash's MAC"" On February 12, 1996, an e-mail from rock artist Graham Nash's MAC laptop triggered a series of bizarre coincidences, which led to the meeting of Joe Bevilacqua and Lorie Kellogg.
3. ""Ode to a Transfer Station"" or ""Love Poem for the Dump"".
4. ""A Mathematical Valentine"" - Joe Bevilacqua tracks down his former mathematics professor Ron Reummler to hear how math can explain lost love.
5. ""The Love of Lee the Horselogger"" - Joe Bevilacqua meets a man who set out in a covered wagon in 2006 to find his childhood sweetheart and fell in love with America instead.
6. ""Marian the Librarian Finds Love at the Bookmobile"" The true story of love, in Marion's own words.
7. ""Valentine Vignette"" a sketch by Daws Butler.