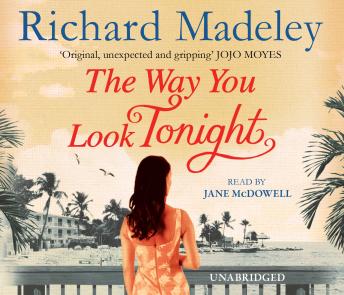 The Way You Look Tonight

Not until she was 16 did Stella Arnold learn the full truth about her father, how handsome, charming James turned out to be a cold-blooded, psychotic extortionist, racketeer and killer. Knowing now what her father was capable of, she decides to study psychology and the criminal mind, and to further her education in America. In the spring of 1962 she flies to Boston where, being beautiful, bright and fashionably English, she becomes someone of huge fascination and on every invitation list. Then comes an invitation one summer weekend to the home of the Kennedys. Stella quickly becomes part of the inner Kennedy circle as they party through the hot summer nights. Both brothers, JFK and Bobby, make their moves on her but she firmly, charmingly, repels them.

Further south, on the Florida Keys, a killer is on the loose. The case, unsolved, begins to rock America, and with her specialist knowledge of psychopaths, Stella is co-opted by the police investigation and prepares to fly south...

This title is due for release on August 25, 2014
We'll send you an email as soon as it is available!