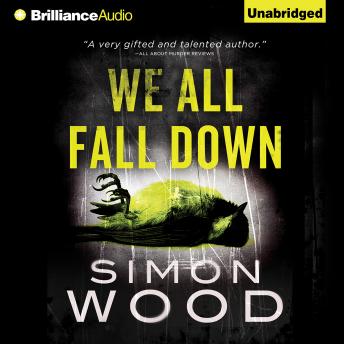 In the second installment of Charlie Williams's violent and darkly comedic Mangel series, Royston Blake's gig as head doorman at Hoppers finds him yet again mired belly-deep in trouble. Blake has noticed a change in the behavior of Hoppers' already dodgy clientele - the norm of beery violence and lechery has given way to trance-like stares and nonsensical blatherings. And when Doug the shopkeeper offers him a bounty of four hundred cans of lager and four hundred smokes to bounce his teenage daughter's undesirable boyfriend - an enigmatic outsider with a curious pull on the youth of Mangel-Blake's solace looks to be in the bag for at least a couple of weeks. But nothing in Mangel ever went according to plan. So begins Blake's journey from "pillar" of the Mangel community to local pariah. He remembers all too well the last time he lost his reputation; earning it back nearly killed him. And Blake's not so sure he'll survive a second go... "Writing in a pitch-perfect voice, Charlie Williams has created a stunningly original noir world of his own." - Jason Starr, author of Tough Luck