We Are All the Same: A Story of a Boy's Courage and a Mother's Love 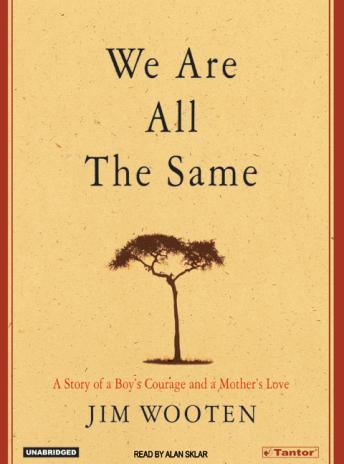 The extraordinary story of the little South African boy whose bravery and fierce determination to make a difference despite being born with AIDS has made him the human symbol of the world's fight against the disease, told by the veteran American journalist whose life he changed.

Five million more people contracted HIV last year alone. We've all seen the statistics, and they numb us; on some level our minds shut down to a catastrophe of this scope. As with other such immense human tragedies in the past, it can take the story of one special child's life to make us open our minds and our hearts.

While the majority of all AIDS cases occur in Africa, a South African boy named Nkosi Johnson did not become 'an icon of the struggle for life,' in Nelson Mandela's words, because he was representative but because he was so very remarkable. Everyone who met Nkosi Johnson was struck by his blinding life force, his powerful intelligence and drive, his determination to make something of his short life. By the time of his death, the work he had done in his eleven years on earth was such that The New York Times ran his obituary on the front page, as did many other papers, and tributes appeared on the evening news broadcasts of every major network.

Nkosi Johnson did not live to tell his own story, but one writer whose life he changed has taken up the work of telling it for him. Luckily for the world that writer is Jim Wooten. In his hands, We Are All the Same is a powerful testament to the strength of the human spirit, even as it bears witness to the scope of the tragedy that is unfolding in Africa and around the world, cutting down millions of boys and girls like Nkosi Johnson before they can reach their promise. Written with the brevity and power of a parable, We Are All the Same is a book that is meant to be read by all of us, of all ages and walks of life. Its beginning and ending are terribly sad, but in the middle is the extraordinarily inspiring story of a very unlucky little boy who said, Never mind. I'm going to make my life matter. And he did.

We Are All the Same: A Story of a Boy's Courage and a Mother's Love