We Are Each Other's Business: A 'This I Believe' Essay 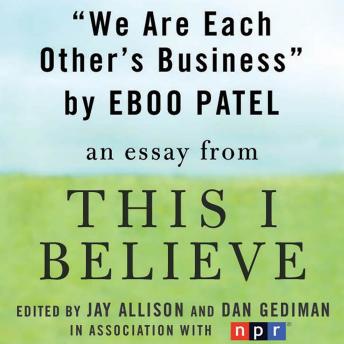 Eboo Patel discusses the importance of active interfaith support in addition to tolerance in 'We Are Each Other's Business,' his contribution to NPR's This I Believe series.

We Are Each Other's Business: A 'This I Believe' Essay