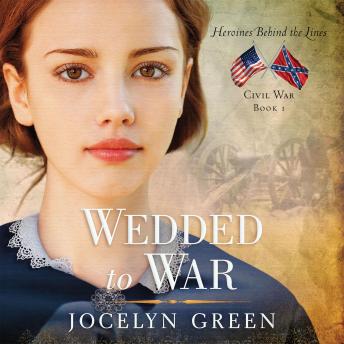 #1 of Heroines Behind the Lines

Laura E. Richcreek
A free trial credit cannot be used on this title

It's April 1861, and the Union Army's Medical Department is a disaster, completely unprepared for the magnitude of war. A small group of New York City women, including 28-year-old Charlotte Waverly, decide to do something about it, and end up changing the course of the war, despite criticism, ridicule and social ostracism. Charlotte leaves a life of privilege, wealth-and confining expectations-to be one of the first female nurses for the Union Army. She quickly discovers that she's fighting more than just the Rebellion by working in the hospitals. Corruption, harassment, and opposition from Northern doctors threaten to push her out of her new role. At the same time, her sweetheart disapproves of her shocking strength and independence, forcing her to make an impossible decision: Will she choose love and marriage, or duty to a cause that seems to be losing? An Irish immigrant named Ruby O'Flannery, who turns to the unthinkable in the face of starvation, holds the secret that will unlock the door to Charlotte's future. But will the rich and poor confide in each other in time?

Wedded to War is a work of fiction, but the story is inspired by the true life of Civil War nurse Georgeanna Woolsey. Woolsey's letters and journals, written over 150 years ago, offer a thorough look of what pioneering nurses endured.