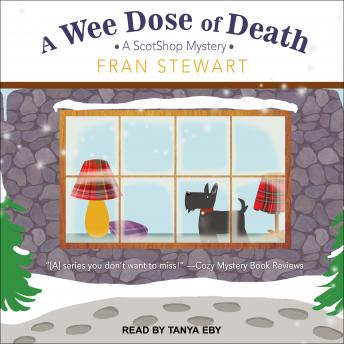 A Wee Dose of Death

While business is booming at the ScotShop in Hamelin, Vermont, proprietor Peggy Winn doesn't have time to toast her good fortune thanks to her hot-tempered, fourteenth-century Scottish companion. Being thrust into the modern world hasn't been easy for Dirk, but Peggy is at her wit's end trying to keep the ghostie galoot in line.

But when the local police chief finds the body of Peggy's friend Karaline's college professor in a deserted mountain cabin, everyone is thrown for a loop. It seems the secretive professor may have been killed over his ecological work, an idea that's only reinforced when Karaline herself is shot. Now Peggy and Dirk must set aside their differences to put the cold-blooded killer under loch and key . . .