A Week from Sunday 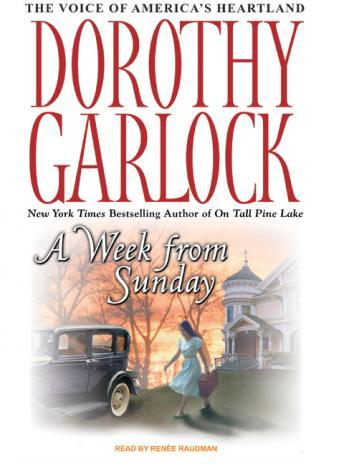 Adrianna Moore has just had a double shock: the death of her father and the discovery that he has left his entire estate to his lawyer. The lawyer, a repulsive social climber, tells her that to regain her inheritance, she must marry him 'a week from Sunday.' Adrianna takes off, driving desperately to a new life. Caught in a violent rainstorm, she collides with an oncoming truck. Quinn Baxter, the driver of the truck, demands repayment for his lost cargo. They reach a bargain: she will live in his home, tutor his bedridden younger brother, and play piano in Quinn's tavern to pay off her debt. Drawn to the rugged Quinn and challenged by the interaction with the tavern patrons, she also must deal with an intractable foe-Quinn's housekeeper, who is scheming to become his wife. All the while, the spurned lawyer is following Adrianna's trail, determined to find her and force her to marry him.

This title is due for release on December 17, 2007
We'll send you an email as soon as it is available!