West Pointers and the Civil War: The Old Army in War and Peace 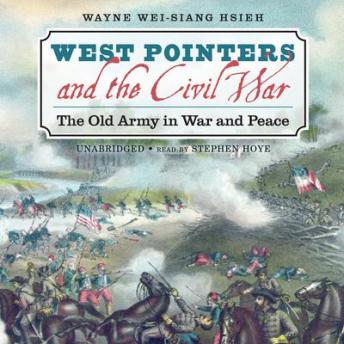 The task for those in charge of professionalizing the military in the first half of the nineteenth century and transforming it from a militia-led army to a highly disciplined standing army was a difficult job. Americans had long supported a tradition of militia and distrusted professional soldiers. However, by the time of the Civil War, the high command positions in the Union army and the nascent army of the Confederacy were filled with graduates of West Point, who had served in the Mexican War and who had been taught in the European military tradition. The sorts of campaigns the armies would wage, the rules of those engagements, the understandings of victory, all were in a sense predetermined by the military training and experience of the professionals called in to organize and lead the opposing sides. In examining the role of the institutional military in the Civil War, Hsieh makes use of manuals, reports, letters housed at West Point, newspapers, diaries, and numerous secondary sources.

"Hsieh challenges studies that have argued that field fortifications and rifles gave the advantage to defenders, insisting instead that other factors, such as leadership, morale, and troop strength were more influential in success or failure. Smart and genuinely stimulating, West Pointers and the Civil War will be controversial in the best sense of the word."—Joseph T. Glatthaar, author of General Lee's Army: From Victory to Collapse

West Pointers and the Civil War: The Old Army in War and Peace

This title is due for release on November 15, 2009
We'll send you an email as soon as it is available!