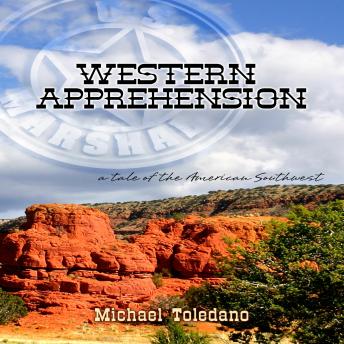 Western Apprehension: ... a tale of the American Southwest

from a long, rewarding career as a roving law officer in the Northeast New

Mexico territory circa 1886. Moving into the unknown and uncertain realm of

retirement has little appeal to him. His romantic interest, widow Rachel

Langford, wants him to turn in his badge and settle down with her. However,

even though he finds it tempting, he still has misgivings which are not all

related to leaving his life-fulfilling profession.


Compounding his uncertainty is his own survival. A routine assignment to

Junction to the territorial capital of Santa Fe goes awry. The struggles

fateful decision, Whatever he chooses - everything hangs on his ability to

Western Apprehension: ... a tale of the American Southwest