What My Body Remembers 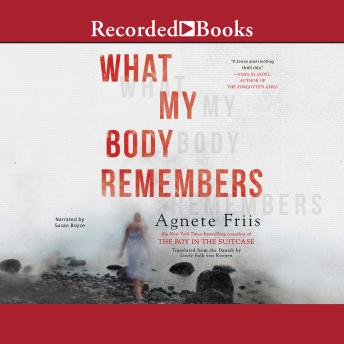 Ella Nygaard, 27, has been a ward of the state since she was seven years old, the night her father murdered her mother. She doesn't remember anything about that night or her childhood before it-but her body remembers. The PTSD-induced panic attacks she now suffers incapacitate her for hours-sometimes days-at a time and leave her physically and psychically drained. After one particularly bad episode lands Ella in a psych ward, she discovers her son, Alex, has been taken from her by the state and placed with a foster family. Driven by desperation, Ella kidnaps Alex and flees to the seaside town in northern Denmark where she was born. Her grandmother's abandoned house is in grave disrepair, but she can live there for free until she can figure out how to convince social services that despite everything, she is the best parent for her child. But being back in the small town forces Ella to confront the demons of her childhood-the monsters her memory has tried so hard to obscure. What really happened that night her mother died? Was her grandmother right-was Ella's father unjustly convicted? What other secrets were her parents hiding from each other? If Ella can start to remember, maybe her scars will begin to heal-or maybe the truth will put her in even greater danger.

What My Body Remembers