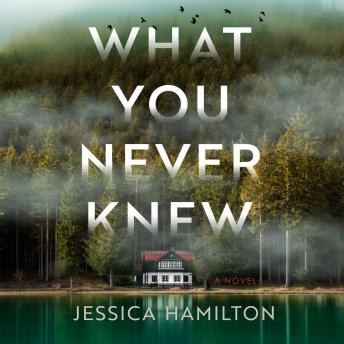 What You Never Knew

Idyllic Avril lsland, owned by the Bennett family, is where their hundred-year-old cottage sat nestled in acres of forest. Forty-year-old June Bennett believed that the island had been sold after the summer of her father's disappearance when she was only twelve years old. It's months after the shocking death of her older sister May in a fatal car accident, that June finds out that the cottage was never sold. Avril Island is still owned by the Bennett family and now it's hers. Still reeling from the grief of losing her sister, June travels back to Avril lsland in search of answers. As she digs, she learns that the townspeople believe her father may have, in fact, been murdered rather than abandoning his family in the dead of night, as she was led to believe by her mother. And that's when she begins to notice strange things happening on the island—missing family possessions showing up on her bed, doors open when she had locked them closed. It takes June no time at all to realize that her childhood summers at Avril Island were not at all what they had seemed to be.

Interesting,light novel. Premise is different. Narrators are annoying and show way to much emotion in their voices. Obnoxious.