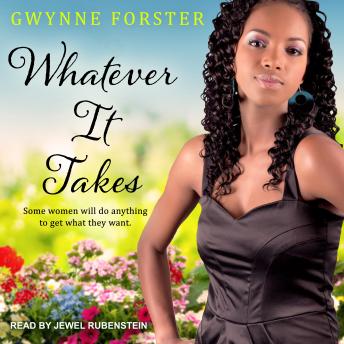 Lacette Graham's twin sister, Kellie, has been competing with her since they shared a crib. And in thirty-three years, nothing has changed-except success, money, and men have come into play. But when the girls' parents separate, and their grandmother dies, Kellie's selfish manipulating reaches new heights . . .

With her mother in the throes of a mid-life crisis, her father and greatest ally out of the house, and her sister out to steal her inheritance, Lacette is truly on her own. Then she meets talented, attractive Douglas Rawlins. There's just one problem: he avoids her like poison. It seems Kellie has embarked on a spree of seduction and greed so clever, even Lacette doesn't suspect she's behind Douglas's odd behavior. But when tragedy strikes, will Kellie withhold the most important gift of all?