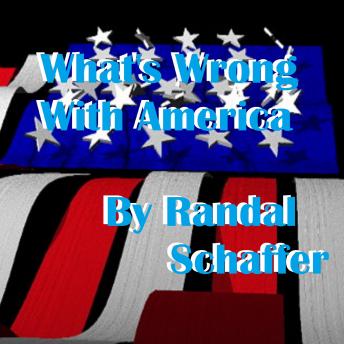 21st century America finds itself divided between two fairly extreme ideals - democrats and republicans. The two sides find it difficult to agree on much of anything, but one thing that they do agree on is that America is headed down a bad road, although they have difficulty determining a common agreement on what that bad road looks like.
In his first political book, Randal Schaffer takes a look at some of the places in America where the nation can improve and strive toward the promise of the founders of becoming 'one nation'.