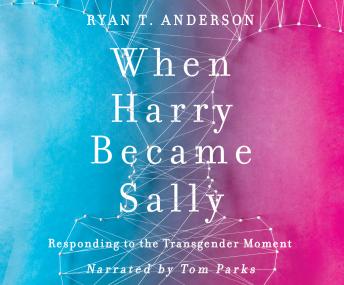 When Harry Became Sally: Responding to the Transgender Moment

Can a boy be trapped in a girl's body? Can modern medicine reassign sex? Is our sex assigned to us in the first place? What is the most loving response to a person experiencing a conflicted sense of gender? What should our law say on matters of gender identity? When Harry Became Sally provides thoughtful answers to questions arising from our transgender moment. Drawing on the best insights from biology, psychology, and philosophy, Ryan Anderson offers a nuanced view of human embodiment, a balanced approach to public policy on gender identity, and a sober assessment of the human costs of getting human nature wrong. This book exposes the contrast between the media's sunny depiction of gender fluidity and the often sad reality of living with gender dysphoria. Everyone has something at stake in the controversies over transgender ideology, and Anderson offers a strategy for pushing back with principle and prudence, compassion and grace.

When Harry Became Sally: Responding to the Transgender Moment