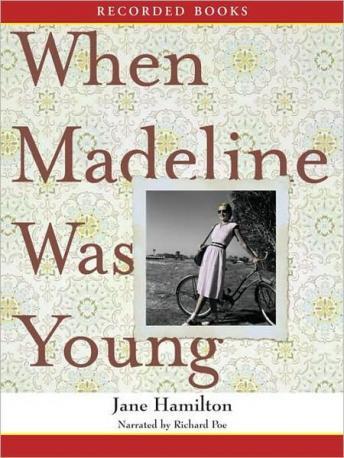 When Madeline was Young

When Aaron Maciver's beautiful young wife, Madeline, suffers brain damage in a bike accident, she is left with the intellectual powers of a seven-year-old. In the years that follow, Aaron and his second wife care for Madeline with deep tenderness and devotion as they raise two children of their own. Narrated by Aaron's son Mac, When Madeline Was Young chronicles the Maciver family through the decades, from Mac's childhood growing up in Wisconsin with Madeline and his cousin Buddy, through the Vietnam War, his years as a husband with children of his own, and his cousin's involvement in the subsequent Gulf Wars. Jane Hamilton, with not only her usual keen observations of human relationships but also her humor, deftly explores the Macivers' unusual situation as she examines notions of childhood (through Mac and Buddy's actual youth as well as Madeline's infantilization) and a rivalry between Buddy's and Mac's families that spans decades and various wars. She captures the pleasures and frustrations of marriage and family and exposes the role that past relationships, rivalries, and regrets inevitably play in the lives of adults. Inspired in part by Elizabeth Spencer's The Light in the Piazza, Hamilton offers an honest, exquisite portrait of how a family tragedy forever shapes and alters the boundaries of love.

When Madeline was Young