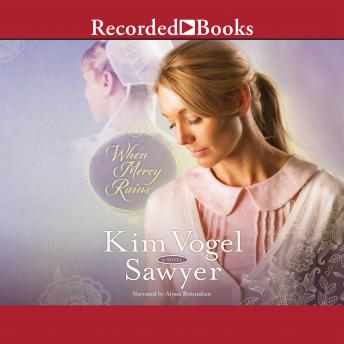 She left, heavily weighted with secrets. But God reveals all things, in His timing. And He redeems them. Suzanne Zimmerman was only seventeen and pregnant when her shamed mother quietly sent her away from their Old Order Mennonite community in Kansas. With her old home, family, and first love firmly behind her, Suzanne moved to Indiana, became a nurse, and raised a daughter, Alexa, on her own. Now, nearly twenty years later, an unexpected letter arrives from Kansas. Her brother asks her to bring her nursing abilities home and care for their ailing mother. His request requires that Suzanne face a family that may not have forgiven her and a strict faith community. It also means seeing Paul Aldrich, her first love. Paul, widowed with an eight-year-old son, is relieved to see Suzanne again, giving him the chance to beg her forgiveness for his past indiscretion. But when he meets Alexa, his guilt flickers in the glare of Suzanne's prolonged secret-one that changes everything. Suzanne had let go of any expectation for forgiveness long ago. Does she dare hope in mercy-and how will her uncovered past affect the people she loves the most?