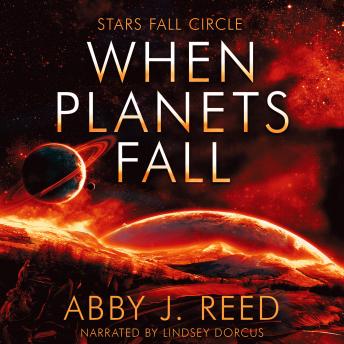 A bloodthirsty king. A wrecked starship ready for war. A disabled mechanic is the planet's only hope.

Breaker's home is cleaved by blood. The three tribes on the planet Scarlatti--whose only difference is their blood color--each want to exploit Breaker's valley for themselves. The feudal tension has already claimed red-blood Breaker's leg and his older brother. Now all Breaker wants is to maintain the tenuous peace in order to keep his little 'stroid of a brother alive.

Malani, a red-blood raised blue, is a kidnapped POW. She's determined to escape and return to her adoptive home. The secrets she carries could help the blue bloods win... if they don't fall into the wrong hands.

Luka wants to right the wrongs done to his family and bathe his home in justice. He'll do whatever it takes, and where Luka goes, trouble is never far behind.

With the discovery of a wrecked starship, these three paths paths intersect. Breaker is given seven days by the green-bloods to fix and hand the starship over as a weapon. If he fails, his family will be killed and his home taken.

War is coming. War respects no boundaries. And war leaves no survivors.

The first in an epic, twisty, and page-turning sci-fi series perfect for fans of The Expanse. Pick up WHEN PLANETS FALL to discover the beginning of this space opera adventure, which Kirkus Reviews called 'A propulsive, sharply crafted tale' today!