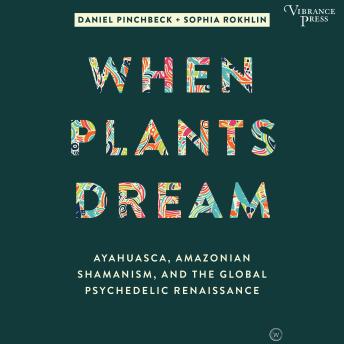 Ayahuasca is a powerful tool for transformation, that more and more Westerners are flocking to drink in a quest for greater self-knowledge, healing and reconnection with the natural world. This formerly esoteric, little-known brew is now a growth industry. But why?Ayahuasca is a psychoactive tea that has a long history of ritual use among indigenous groups of the Upper Amazon. Made from the ayahuasca vine and the leaves of a shrub, ayahuasca is associated with healing in collective ceremonies and in more intimate contexts, generally under the direction of specialist – an ayahuasquero. These are experienced practitioners who guide the ceremony and the ‘drinkers’ experience. Ayahuasca has gained significant popularity these days in cities around the world. Ceremonies happen nightly and Hollywood stars, Wall Street players and Silicon Valley entrepreneurs now drink the brew. Why? What effect might ayahuasca be having on our culture? Could it be the LSD of our time? Does the brew, which seems to inspire environmental action, simplified lifestyles and more communitarian behaviour, act as an antidote to frenzied consumerist culture? In When Plants Dream, Pinchbeck and Rokhlin explore the economic, social, political, cultural and environmental impact that ayahuasca is having on society. Part 1 covers the background; what ayahuasca is, where it is found, and its cultural origins. Part 2 explores the role and practices of the ayahuasquero in both Amazonian and Western cultures. Part 3 examines the medicinal plants of the Amazon, looking particularly at the ingredients in ayahuasca and their therapeutic qualities, covering the most up-to-date biomedical research, psychedelic science and psychopharmacology. Part 4 looks more closely at how ayahuasca is perceived and used today, covering law, the drug wars, media and money. Lastly in Part 5 Pinchbeck and Rokhlin question the future of ayahuasca. When Plants Dream is the first book of its kind to look at the science and expanding culture of ayahuasca, from its historical use to its appropriation by the West and the impact it is having on cultures beyond the Amazon.