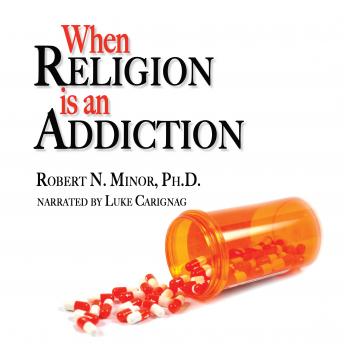 When Religion is an Addiction

An eye-opening and hard-hitting work, When Religion Is an Addiction not only puts the political activities of the right-wing in a new perspective, but explains how liberal responses have often enabled religious addiction to thrive. Dr. Minor applies contemporary understandings of addictions to the extreme Christian right-wing in the United States and concludes that for them religion is functioning as a process addiction. Crucial to the addictiveness of such religion is its obsession with human depravity, the ultimate expression of low self-worth. The emotional "high" of righteousness functions to eliminate the addicts' sense of personal responsibility for their teachings, their actions, and their actions' painful toll on other human beings. Religious addiction, he observes, often covers sexual addictions. And the current right-wing obsession with political campaigns and victories is the even stronger fix the addiction demands to cover growing fears of failure. Too often the responses of liberals have been like those of enablers in an addict's family who through their reactions prevent the addict from hitting bottom. Arguing about religion, for example, only promotes the addiction. In the final chapter Dr. Minor reveals a non-enabling way to respond to those people for whom religion functions as an addiction.

When Religion is an Addiction