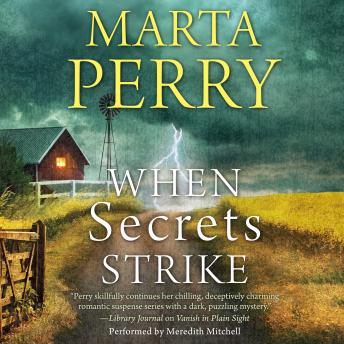 In Laurel Ridge, Pennsylvania, a community once united must suspect one of their own>

Amish quilter Sarah Bitler’s dreams no longer feature a husband and family. Instead, she searches for success in the quilt shop within Blackburn House, a place once tarnished with deadly secrets. She refuses to let the past influence her future…until an ominous fire forces them to collide.

Firefighter Aaron King was the first to touch Sarah’s heart—and the first to break it. Now a widower and father of two small girls, his return to Sarah’s life brings her buried feelings to the surface. As a string of horrific incidents tears apart their community, an arsonist’s wrath threatens to destroy them all. With Aaron as the only suspect, Sarah must follow her instincts to find the truth. But to protect an innocent man, she might risk her heart to Aaron again…and risk her life to an unknown killer.