Where Did You Sleep Last Night?: A Personal History 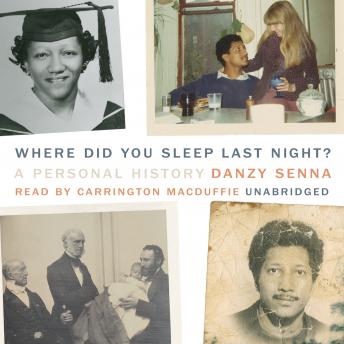 When Danzy Senna’s parents got married in 1968, they seemed poised to defy history. A white woman with a blue-blood Bostonian lineage and a black man raised by a struggling single mother, these two beautiful young American writers were boldly challenging long-held racial biases. When their marriage violently disintegrated eight years later, it was all the more heartrending given the hopeful symbolism of their union.
Decades later, Senna looks back at her parents’ divorce and their wildly opposing backgrounds and discovers two remarkable American histories. Digging deeper, she reconstructs a long-buried family mystery that illuminates her own childhood, her enigmatic father, the power and failure of her parents’ union, and finally, the forces of history.

Where Did You Sleep Last Night?: A Personal History