Where in the World Is Osama bin Laden? 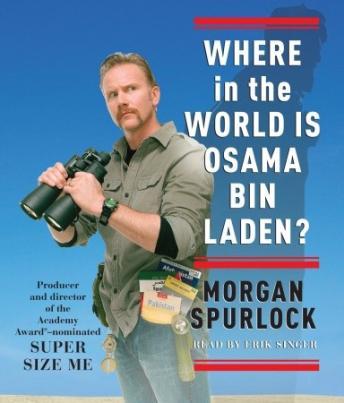 Academy Award®—nominated filmmaker Morgan Spurlock is a jittery father-to-be with a simple question: If OBL is behind 9/11 and all the ensuing worldwide chaos, then why can’t we just catch him? And furthermore, why is his message so compelling to so many people? So the intrepid Spurlock kisses his anxious, pregnant wife goodbye and–armed with a complete lack of knowledge, experience, or expertise–sets out to make the world safe for infantkind and find the most wanted man on earth.

After boning up on his basic knowledge of OBL, Islam, and the Global War on Terror, he hits the Osama trail. He zigzags the globe, drawing ever closer to the heart of darkness near the border between Afghanistan and Pakistan, where OBL is rumored to be hiding. Along the way he interviews imams and princes, refugees and soldiers, academics and terrorists. He visits European ghettos where youth aspire to global jihad, breaks the Ramadan fast with Muslims in Cairo, and rides in the bomb squad van in Tel Aviv. And then the fun really starts.

Companion to the acclaimed documentary, Where in the World Is Osama bin Laden? delves even deeper than the film. What listeners come away with is possibly the first-ever funny book about terrorism, as well as a greater understanding of a conflict that has cast a shadow across America and the world.

Where in the World Is Osama bin Laden?