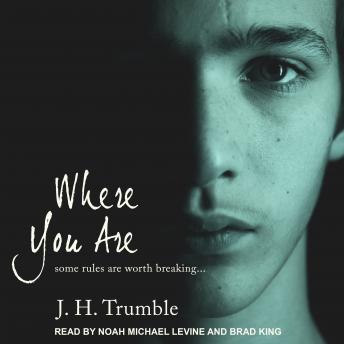 Robert Westfall's life is falling apart-everywhere but in math class. That's the one place where problems always have a solution. But in the world beyond high school, his father is terminally ill, his mother is squabbling with his interfering aunts, his boyfriend is unsupportive, and the career path that's been planned for him feels less appealing by the day. Robert's math teacher, Andrew McNelin, watches his best student floundering, concerned but wary of crossing the line between professional and personal. Gradually, Andrew becomes Robert's friend, then his confidante. As the year progresses, their relationship-in school and out of it-deepens and changes. And as hard as he tries to resist, Andrew knows that he and Robert are edging into territory that holds incalculable risks for both of them.

J. H. Trumble, author of the acclaimed Don't Let Me Go, explores a controversial subject with extraordinary sensitivity and grace, creating a deeply human and honest story of love, longing, and unexpected connection.