while they sleep (under the bed is another country) 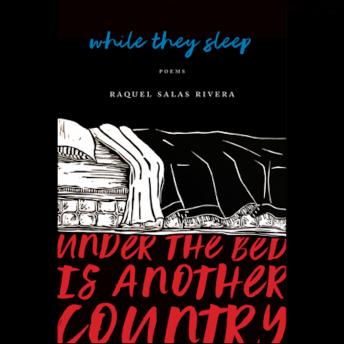 while they sleep (under the bed is another country) refuses to sweep up the shards of Hurricane María's aftermath. Written in dialogic fragments and intersped with prose poems reflecting on the lasting impact of colonial trauma, it is arranged around the two different discourses. The bed on which America sleeps, and which America has made, is built on the fear that the nations it has oppressed will rise up against it, a monstrous shadow in a child's nightmare. Written in English, while they sleep points to a imperialist American identity: the dormant body of the text. Answering in Spanish, under the bed is another country is the footnote, the monster under the bed, the colony: Puerto Rico.

while they sleep (under the bed is another country)