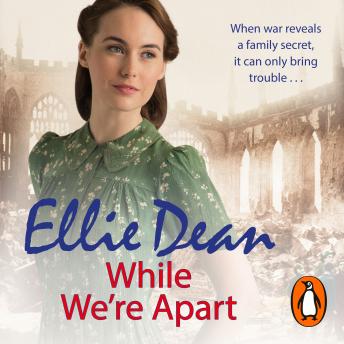 It is 1942 and England is at war. Mary Jones has just celebrated her eighteenth birthday and said goodbye to her childhood sweetheart Jack, when she learns that her house has taken a direct hit during a tip and run raid.

With both her parents dead and her home destroyed, a distraught Mary moves in with Jack’s parents. But her father's trunk is still intact amid the ruins, and Mary discovers a shocking secret amongst his diaries.

Mary travels to Cliffehaven on the south coast in search of answers. Here she is billeted with
Peggy Reilly’s fearsome sister, Doris. When warm-hearted Peggy befriends Mary, she discovers the young woman’s secret.

But she begins to regret getting involved, for there can only be trouble ahead...