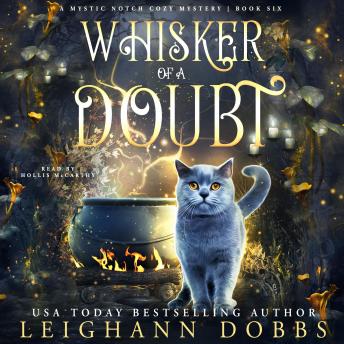 When retired postmaster Albert Schumer is found dead on the steps of the post office, the whole town of Mystic Notch is disappointed he won’t be able to play in the annual checkers tournament.

But when his ghost informs middle-aged bookstore owner Willa Chance that he died trying to deliver an old letter, which has mysteriously gone missing, Willa realizes Albert didn’t just slip and fall. Someone killed him. Even worse, it turns out the letter contains a list of ingredients for a spell that could wreak havoc on Mystic Notch if it falls into the wrong hands.

The good news is that Pandora and the Mystic Notch cats are on the case. The bad news is that Pandora hasn’t made much progress in getting Willa to receive her subtle communications. She’s going to have to step up her game in that area because the cats are depending on her to secure the help of the humans if they want to stop the killer and protect the letter. Lucky thing Willa’s love interest, Eddie Striker, seems to be more receptive to Pandora’s attempt at communication.

Pandora might have a way to help the humans stop the person with the letter, earn the respect of the other cats, and help Willa and Striker realize they are made for each other. Will it work? Let’s hope so, because the fate of Mystic Notch depends on it.