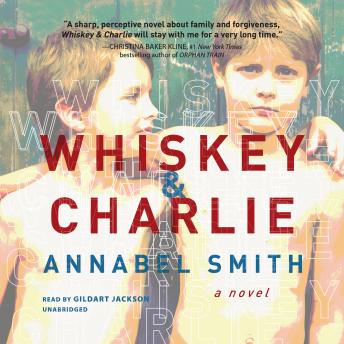 A captivating debut novel about brothers who havedrifted apart and the accident that will determine their future, written by anunforgettable new voice in fiction
Some twins communicate in a secret language alltheir own. For Whiskey and Charlie Ferns, the two-way alphabet (alpha, bravo,charlie, delta) whispered back and forth over their crackly walkie-talkies isthe best they can do. But as the brothers grow up, they grow apart. Whiskey iseverything Charlie is not-bold, daring, carefree-and Charlie blames his brotherfor always stealing the limelight, always striving ahead while seeming to pushCharlie back. By the time the twins reach adulthood, they are barely evenspeaking to each other.
When Charlie hears that Whiskey has been in aterrible accident and has slipped into a coma, he is shocked ... although perhapsnot devastated. But as days and weeks slip by, and the chances of Whiskey recoveringgrow ever more slim, Charlie is forced to look back on their lives and examinewhether Whiskey's actions were truly as unforgivable as Charlie believedthem to be.