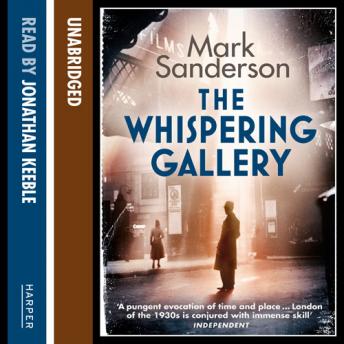 
On a sweltering day in July 1937, reporter John Steadman is in London’s St Paul’s Cathedral waiting for his girlfriend … But romance is pushed aside when he witnesses a man falling to his death from the Whispering Gallery, killing a priest in the process. Did he jump or was he pushed?


Two days later Johnny receives the first of a series of grim packages at the offices of his newspaper, the Daily News. Each contains the body part of a woman and an enigmatic note, one of which says that he will be the murderer’s final victim.


To catch a killer, Johnny must set himself up as bait – with police and a fascinated public looking on. But he still has to uncover the tragic truth behind the double-death in the cathedral…