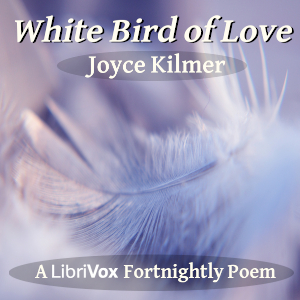 LibriVox volunteers bring you 19 recordings of White Bird of Love by Joyce Kilmer.
This was the Fortnightly Poetry project for July 12, 2020.

Though a prolific poet whose works celebrated the common beauty of the natural world as well as his Roman Catholic religious faith, Kilmer was also a journalist, literary critic, lecturer, and editor. At the time of his deployment to Europe during World War I, Kilmer was considered the leading American Roman Catholic poet and lecturer of his generation, - Summary by Wikipedia