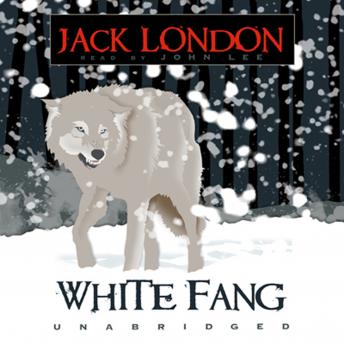 Jack London’s tales are more than epics of hardship and survival—they are morality plays in which good wins over evil.
In the desolate, frozen wilds of northwest Canada, a wolf cub finds himself the sole survivor of his litter. Son of Kiche, half-wolf, half-dog, and the ageing wolf One Eye, he is thrust into a savage world where each day renews the struggle of survival. It is a lonely but noble life—until the day he is captured by dog-driving men. The cruel mistreatment he bears in this new life of slavery teaches him to hate.
Only one man sees beyond the rage of White Fang to his intelligence and dignity. Only one has the courage to offer the killer a new life. But can his kindness reach the heart of White Fang?