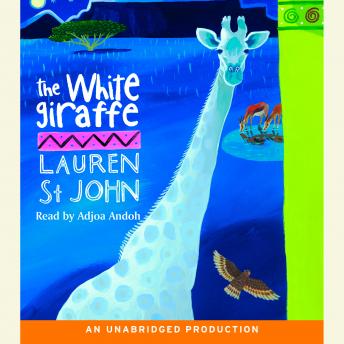 Martine’s parents are killed in a fire, and she must leave her home in England to live on a wildlife reserve in Africa with a grandmother she never even knew she had.
As soon as Martine arrives at the reserve, she hears whisperings of a mythical animal living there–a white giraffe. No one has ever seen the animal, but it leaves footprints behind. Her grandmother insists that the white giraffe is just a legend, but then, one stormy night, Martine looks out her bedroom window straight into the eyes of the tall and silvery animal. The white giraffe is real!
But why is everyone keeping the giraffe’s existence a secret? To find out, Martine will use all of her courage and smarts, and an emerging gift for healing, in a daring adventure to save her new friend.