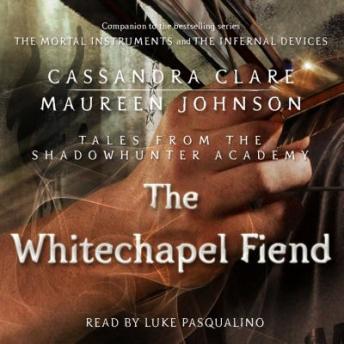 Simon learns the truth behind the Jack the Ripper murders—“Jack” was stopped by Will Herondale and his institute of Victorian Shadowhunters.

This standalone e-only short story follows the adventures of Simon Lewis, star of the #1 New York Times bestselling series The Mortal Instruments, as he trains to become a Shadowhunter. Tales from the Shadowhunter Academy features characters from Cassandra Clare’s Mortal Instruments, Infernal Devices, and the upcoming Dark Artifices and Last Hours series. The Whitechapel Fiend is written by Cassandra Clare and Maureen Johnson.