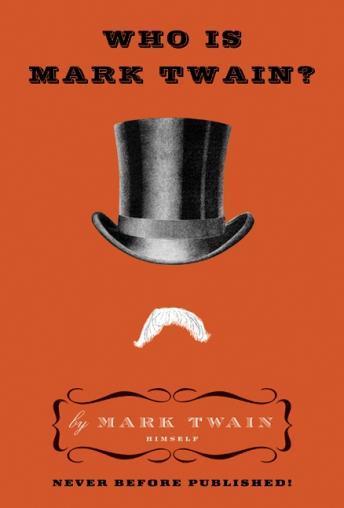 Who Is Mark Twain?

“[Twain] was, in the phrase of his friend William Dean Howells, ‘the Lincoln of our literature’... At the heart of his work lies that greatest of all American qualities: irreverence.”
— Washington Post

“More than 100 years after [Twain] wrote these stories, they remain not only remarkably funny but remarkably modern.... Ninety-nine years after his death, Twain still manages to get the last laugh.”
— Vanity Fair

Who Is Mark Twain? is a collection of twenty six wickedly funny, thought-provoking essays by Samuel Langhorne Clemens—aka Mark Twain—none of which have ever been published before, and all of which are completely contemporary, amazingly relevant, and gut-bustingly hilarious.

Who Is Mark Twain?