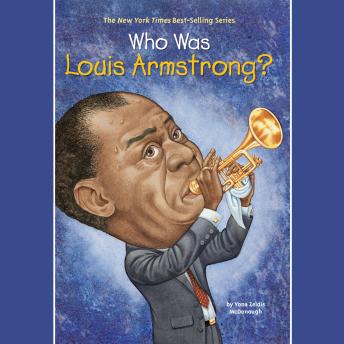 Who Was Louis Armstrong?

If not for a stint in reform school, young Louis Armstrong might never have become a musician. It was a teacher at the Colored Waifs' Home who gave him a cornet, promoted him to band leader, and saw talent in the tough kid from the even tougher New Orleans neighborhood called Storyville. But it was Louis Armstrong's own passion and genius that pushed jazz into new and exciting realms with his amazing, improvisational trumpet playing. His seventy-year life spanned a critical time in American music as well as black history.

Who Was Louis Armstrong?