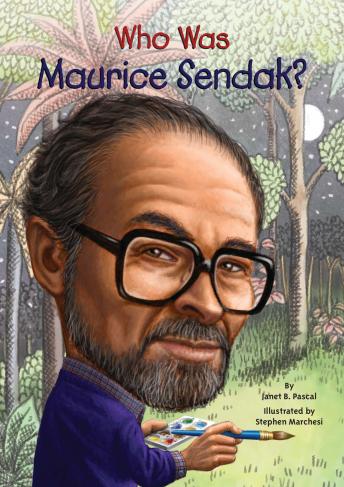 Who Was Maurice Sendak?

It seems entirely fitting that Maurice Sendak was born on the same day that Mickey Mouse first made his cartoon debut--June 10, 1928. Sendak was crazy about cartoons and comic books, and at twelve, after seeing Disney's Fantasia, he decided that he was going to become an illustrator. His love of childrens books began early: often sick and confined to bed, little Maurice read and read and read. Though many of his own stories were light and funny, the most important ones--Where the Wild Things Are, In the Night Kitchen, Outside Over There--dealt with anger, jealousy, abandonment, content that had never before been the subject of picture books. As well as covering career highlights, this easy to read biography also describes the personal life of this genius.

Who Was Maurice Sendak is perfect for kids wild about one of the most influential children's book artists of the twentieth century!

Who Was Maurice Sendak?