Why I Close My Restaurant: A 'This I Believe' Essay 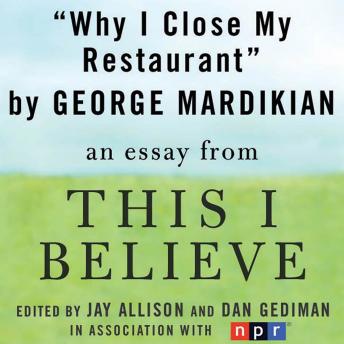 In this essay originally aired in the 1950s, restaurateur George Mardikian tells of his immigration to the United States and how he tries to repay the warm embrace Americans have given him, in “A New Birth of Freedom”, his contribution to NPR’s This I Believe series.

Why I Close My Restaurant: A 'This I Believe' Essay