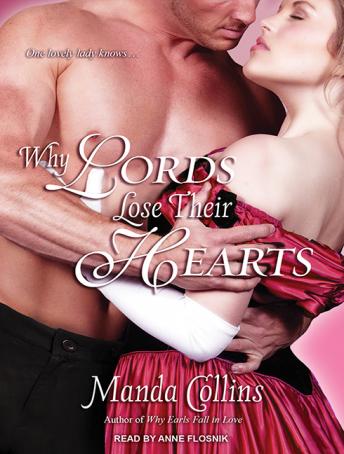 Why Lords Lose Their Hearts

Perdita, the widowed Duchess of Ormonde, keeps a dangerous secret-the truth of how her brutish husband died. But a mysterious avenger seems to know it, too, and when anonymous threats turn into public attacks, there's only one friend she can turn to for help: her husband's former secretary, Lord Archer Lisle. The man who witnessed her every heartache. The kind of man whose love she can only dream of . . .

The youngest of the Duke of Pemberton's five sons, Lord Archer Lisle is used to waiting his turn. For years, he could only stand by, seething, as Perdita suffered at the hands of her husband, but now she's under threat from another source-one who will stop at nothing to make her pay for the late duke's death. But the good-natured Archer can be dangerous when crossed-and he'll do anything to keep the woman he's adored for so long safe in his arms.

Why Lords Lose Their Hearts